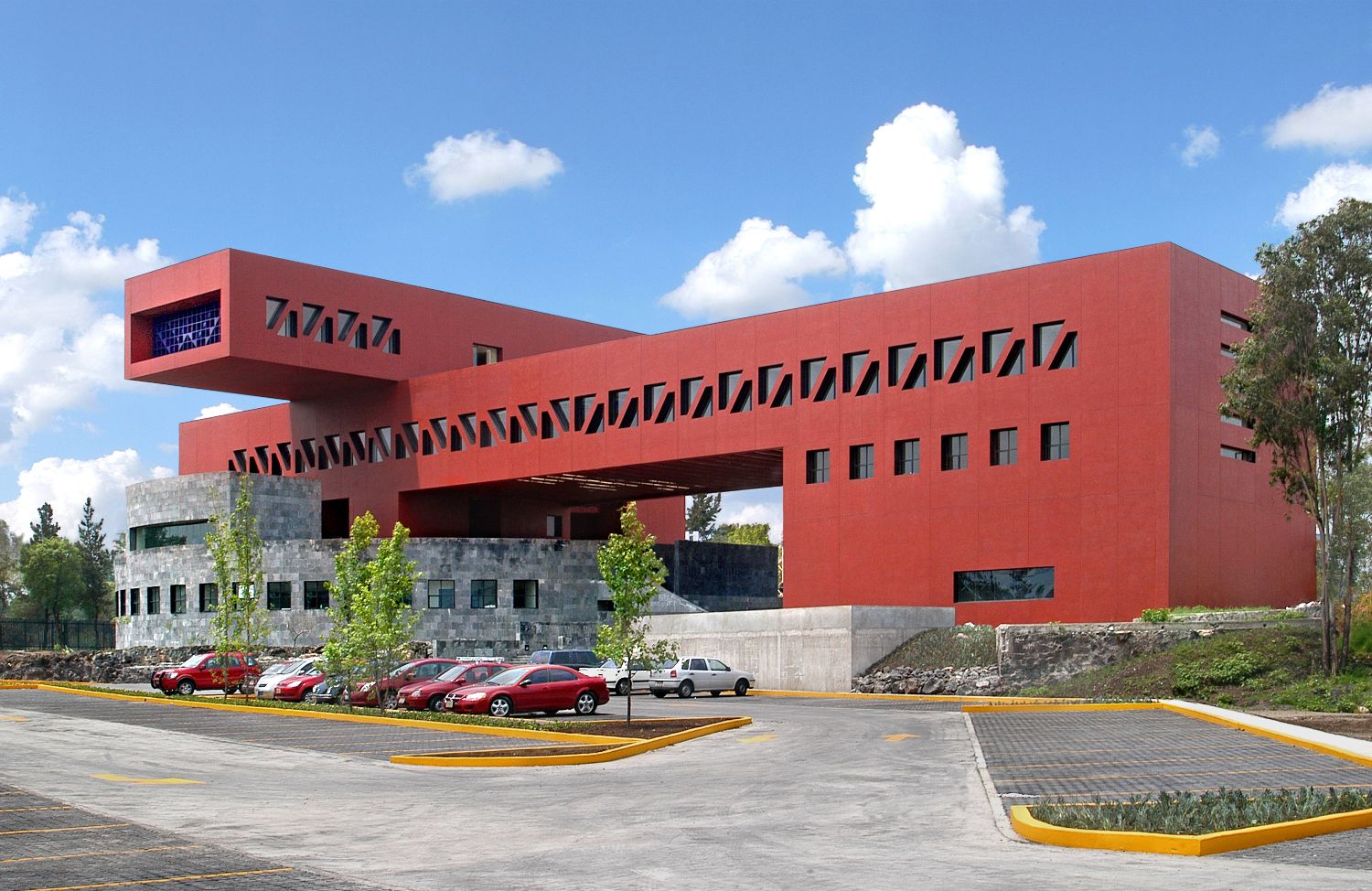 
The building is located in the south of Mexico City, in the main campus of UNAM, in an area designated for buildings of the postgraduate programs, near the sculpture space, an emblematic place in the city. The site contains a rocky land, reason why the project was determined to correspond to its context and respect the regulations dictated by the University. The building has a base covered with rock to integrate it to the natural stone in the site and creates the impression that the building emerges from the existing rock, on top of this base there are two important volumes, and one of them is resting on top of the other one, but rotated 90 º and creating a cantilever. There is a bridge on the first volume that creates a big window which frames an ecological area and at the same time is the visual culmination of the communication axis with the other postgraduate buildings, achieving with this a better integration to the context, having in common a parking lot access plaza that also works as a separation between the boundary buildings making this building have its own personality and ambient. The access to the building is through a covered vestibule, which is created by the bottom part of the bridge. On the ceiling of this vestibule there is a design by one of the main Mexican artists; Francisco Toledo, which is a tile covering of this vestibule. It is through this vestibule that you access the library, an auditorium and a plaza in an upper immediate level with internet rooms. The second floor is intended for teachers cubicles. On the third level there are only teacher and investigator cubicles, and the rooftop becomes a garden and terrace. The natural light, the gardens and the exterior areas are the fundamental elements in the design to obtain illumination and natural ventilation, reducing energy costs as much as possible. The structure is mixed concrete reinforcement to achieve the large cantilevers and open spaces, and in some parts the slab is made of steel-deck to reduce costs in the formwork. The finishes are basically the stone you find in the context and concrete. 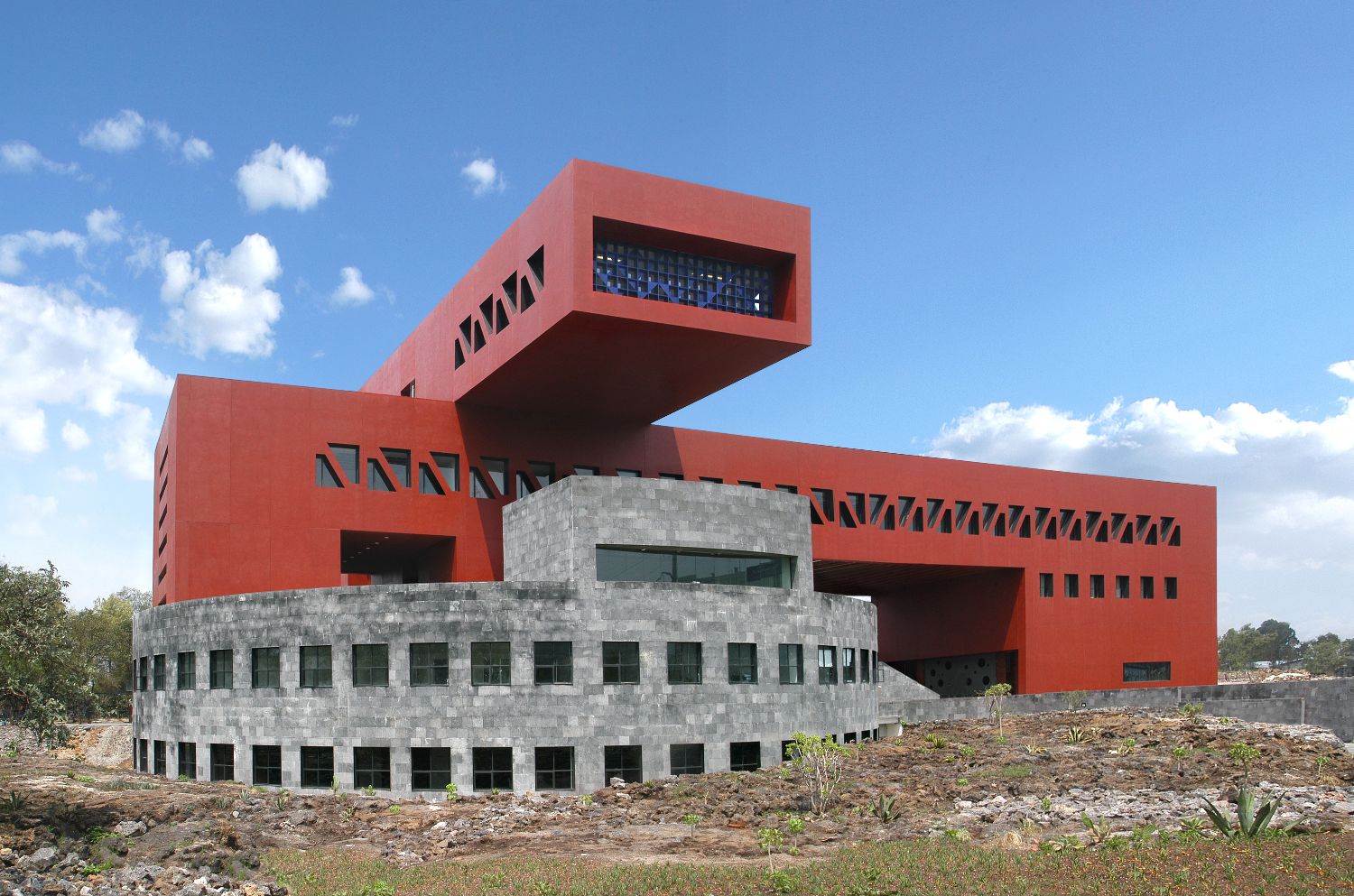